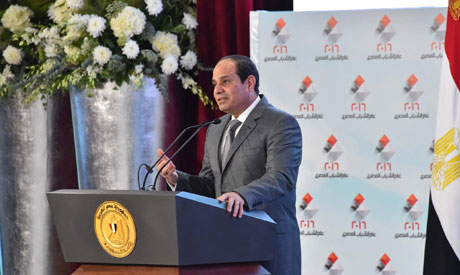 President Abdel-Fattah El-Sisi announced on Wednesday at the launching of a conference on the country’s sustainable development strategy for 2030.
The announcement comes as part of the wider social housing programme that was launched by the housing ministry in 2014 to construct one million units for low and medium income people over five years at a cost of EGP 165 billion ($21 billion).
During the same conference, Tarek Amer, the governor of Egypt’s Central Bank (CBE), said that the housing ministry signed loans worth EGP 10 billion ($1.3 billion) with the country’s lenders to finance the establishing of 450,000 units.
Amer emphasised that banks would provide cheap mortgages over a 20-year period at a five percent decreasing interest rate for those who apply to own a unit from the ministry’s programme.
Early in 2014, the CBE announced the allocation of EGP 10 billion to banks nationwide to finance mortgages and loans for people on low and middle incomes.

The housing ministry has already completed 103,000 units of the whole programme, and started to deliver some of them earlier this month, the ministry’s spokesman Hany Younis told Ahram Online.

Younis also said that the ministry is currently working on another 250,000 units, adding that it plans to sign deals with contractors in April to construct the remaining units..